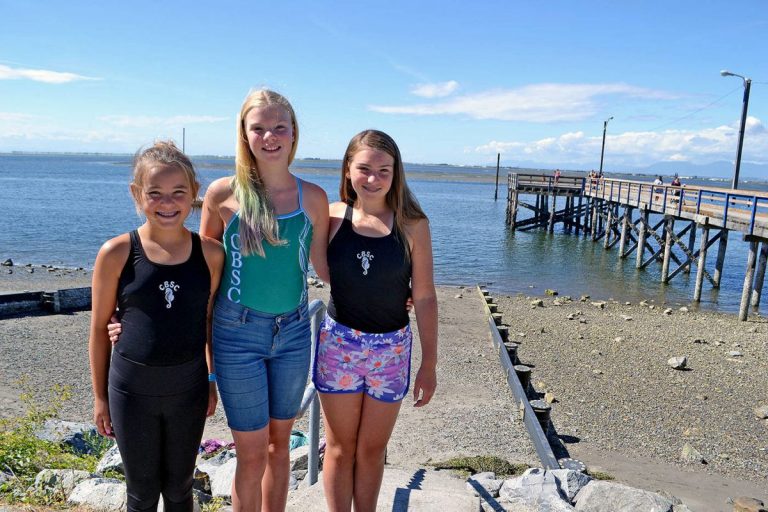 There are fewer things in life scarier than getting stuck in a current in the water. The feeling of water pulling you down can quickly become overwhelming and absolutely terrifying. There aren’t many people who have the skills to accomplish rescuing someone in that situation, and most of us would probably be at a loss of what to do if we did see someone drowning. This is not the case for three 11-year-old girls from Surrey. They were able to perform a rescue mission successfully and is made more impressive because of their young age.

Georgia Springate and her two friends Kate Hunter and Lily Cox were spending some time at Crescent Beach in Surrey. At Crescent beach, you can either enter the water from the beach or jump off the pier. The girls were doing the latter. They had all recently taken a lifeguard course over the Summer. The lifeguard classes may have something to do with the fact that they observed two girls that were caught up in a current. Before they could act, the friend of one of the girls stuck in the current asked them if they could help out and the girls quickly obliged.

The two girls stuck in the current were around 13 and 20. Lily was able to get the 20-year-old woman safely to the pier fairly quickly. Georgia and Kate swam towards the 13-year-old who was not only stuck in the current but also fully clothed without a swimsuit. They struggled to get her to the Pier so instead opted to bring her to the shore where she could easily touch and was safe. Georgia stated that she wasn’t sure if the girl would have made it on her own, based on how long she had been out there and how cold the water was.

When asked about how they knew what to do, Georgia said they just reacted and that it was more instinctual. Instincts she most likely learned from her classes at Crescent Beach Swim Club.

Georgia’s mother was present at the time of the incident and has also had some lifeguard experience in the past. When asked about how she felt while all of this was happening she said it was a little scary because of how dangerous the situation was. From where she was standing she could see that the victim’s heads were starting to bob under the water and was concerned that her daughter and friends would go from rescuers to victims themselves. Thankfully that was not the case, and everyone made it to shore safely.

While proud of her daughter, Georgia’s mom Cynthia is worried that this situation even presented itself and wondered where the parents of the two girls were. Either way, they were fortunate to have the three girls that had the right skills, at the right time in the water with them.

While the girls probably did not expect to be using their new lifeguarding skills so soon, it’s a good thing the knowledge of how to rescue someone was so fresh in their mind. Knowing how to save someone and also how to protect yourself is incredibly important, and these girls have clearly learned that! We’re glad this story had a happy ending! 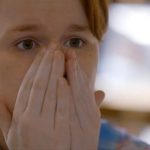 Millionaire Buys This Struggling Teenage Mother And Her Family A... 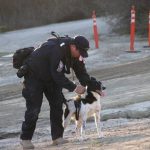 This Shelter Dog Was Too Energetic For Adoption, But First...