by Life of Positivity
4 years ago4 years ago
112views
0 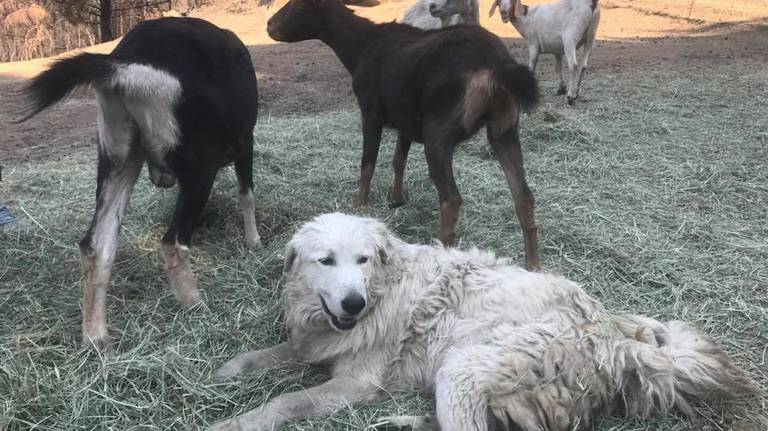 As the tragic stories of the California wildfires have been pouring in, we’re sprinkled with a few positive ones. Roland Handel’s story has a gut-wrenching beginning, but thankfully a happy ending. Sorry for the spoiler! Dogs are known to be incredibly loyal creatures. They also love to have jobs and purpose in life. Roland Handel owns two Pyrenees who guard his family’s eight goats against coyotes and mountain lions at their California home. While the two dogs split responsibilities, his dog Odin seems particularly dedicated to making sure nothing happened to the goats.

Handel told As It Happens that overnight the dog wouldn’t leave the goats, no matter what they tried to do to get him to come inside.  When Handel’s neighborhood was overrun by the wildfires, he hurriedly packed up his house pets and family to try and evacuate. When he went to get Odin, he was given a look by the pup that he knew well. Odin wouldn’t be going anywhere without the goats.

Based on account of his story by As It Happens you could tell that Handel was visibly upset about having to leave his dog. He said that at the moment with the flames looming towards them there was no time to pack the goats into a trailer and he had his 14-year-old daughter to think about. He knew he was going to have to leave Odin and the goats behind. As a one last ditch effort to ensure the safety of his animals, he opened the gates so they could run if they wanted to, and drove away. He said as he was leaving that he could see the cars behind them on the road had fire coming out of them and he could hear the metal of the transmission towers falling and twisting, and propane tanks exploding.

Once the family was safe, they were able to process that they had left Odin behind. When he decided to return to his home the following day to survey the damage, he was hoping for a miracle. Upon his arrival, he saw that everything had been destroyed. Everything, except Odin and his eight goats. Odin greeted his owner happily but exhaustedly. The dog was injured but overall, okay. Handel’s theory is that the smart pup led the animals to a clearing at the center of a high outcropping of rocks. Thankfully, Odin will make a full recovery, and Handel has started an account on YouCaring to raise money to rebuild the animals’ barn and water supply.

The California wildfires have left about 40 dead and hundreds missing. Over 5,000 homes and buildings have been destroyed and with that brings the emotional stress of rebuilding after a huge trauma. Thankfully we have stories like Handel and Odin’s to remind us there is a little good in the midst of all the bad!

After A Gym Reported A Teen For Trespassing, A Generous... 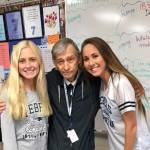 Teacher Impacts The Lives Of Students And They Give Back...