by Life of Positivity
3 years ago3 years ago
113views
0 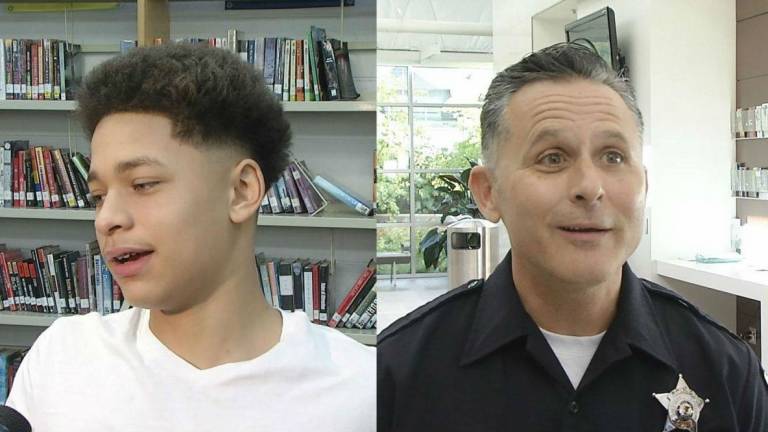 A cop in Skokie, IL, a suburb of Chicago, is earning some accolades from the community for his actions towards a young boy. A Chicago teen had been warned several times about sneaking into a basketball court at a fitness facility and been told that if he did it again, the police would be called. The facility, X-Sport Fitness, held true to their promise and called the police when they discovered the boy once again, sneaking onto their basketball court.

Since the teen had been caught several times and was finally warned this would happen, the facility had no choice but to call the police to rectify the issue. One time he even hid in a bathroom stall to try and hid from the employees so he could continue to play basketball with his friends. He had had a membership at one point, but his mother, unfortunately, could no longer afford to pay the fee. The employees sympathized with the boy and were grateful but surprised for what happened once the police arrived.

Officer Mario Valenti was the officer who responded to the facility’s call.  Rather than reprimand or arrest the teen, Valenti heard his story and offered a solution to the problem, rather than just punishing the boy or putting a band-aid on the issue. He offered to pay $150 of his own money towards a membership which is about three to four months of basketball for the teen. The manager, Justin Pritchett, of X-Sports Fitness called the corporate office to communicate what had happened between the officer and the teenager. The corporate office was so amazed at the kindness of Valenti that they decided the $150 should go towards a two-year membership which costs $718. The company would pick up the remaining amount.

Pritchett told the Chicago Tribune that they were taken aback by the offer but knows that their company takes care of its members. Before officially going forward with the offer they ran a background check to make sure there were no other troubles the boy had been involved with, and it seems that his only crime is a desire to play basketball. So, they decided to move forward and grant him that wish.

You never know who you’re helping because it turns out, this boy is an NBA hopeful and has received national attention for his skillful playing. Previous to this experience, he had a negative view of police, but because of Valenti’s actions, his mind was changed a little bit.

Valenti emphasized in the interview that most police officers join the force to do good and help people. He stated that many of his colleagues do things like this all the time and never get recognition for it. In his mind, it’s just part of the job. Valenti saw the bigger picture here and thought of a creative solution to help someone who probably didn’t want to start any trouble at all. He just wanted to be a regular kid. 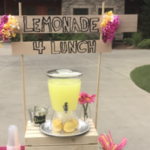 Second Grade Students Use A Lemonade Stand To Help Pay...

Loyal Dog Refuses To Leave Goats During Wildfire But Is...