by Natassia Howard
3 years ago3 years ago
230views
0

It was a happy New Year to one husband and wife, thanks to a Cambridge police officer.

Andy Cazeau was just ready to end his shift early New Year’s morning when he received an emergency call at 2:35 a.m. A pregnant woman was in labor and needed assistance. So Cazeau drove to the home and immediately took charge.

Upon arrival, he found the wife in bed with her husband next to her. He directed the husband to begin grabbing towels, then he realized the baby was already on its way into the world and she wouldn’t make it to a hospital.

Cazeau decided to take action. He said the experience of seeing his daughter born helped him help the husband and wife in their time of need. “I told the mother on the next contraction I want you to push as hard as you can,” he said. “The next contraction came, the baby came out, I guided the head out.”

Two more officers arrived on the scene moments later. “It was just something we weren’t expecting to do on New Years Eve night but amazing to witness, to be a part of,” said Officer Mark Donovan.

Shortly after, the woman, her husband, and infant girl were all transported to the Cambridge hospital.

The department praised the officers on their Facebook page and congratulated them on a “job well done.”

The department’s Facebook page posted: What a way to start the New Year! At 2:35 a.m. this morning, Cambridge Police Officers responded to Hamilton Street for an imminent birth. One of the Officers was first on the scene and the baby’s head was crowning. He helped the mother push and handled the successful delivery of a healthy baby girl. Congratulations to this expanding family and a job well done to our officers!

He said he was able to hold the baby girl who is doing well at the hospital with mom. 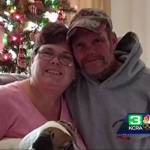 Two Women Reunited A Homeless Man with His Long Lost... 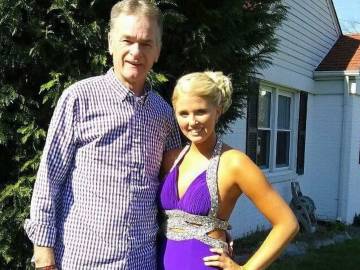