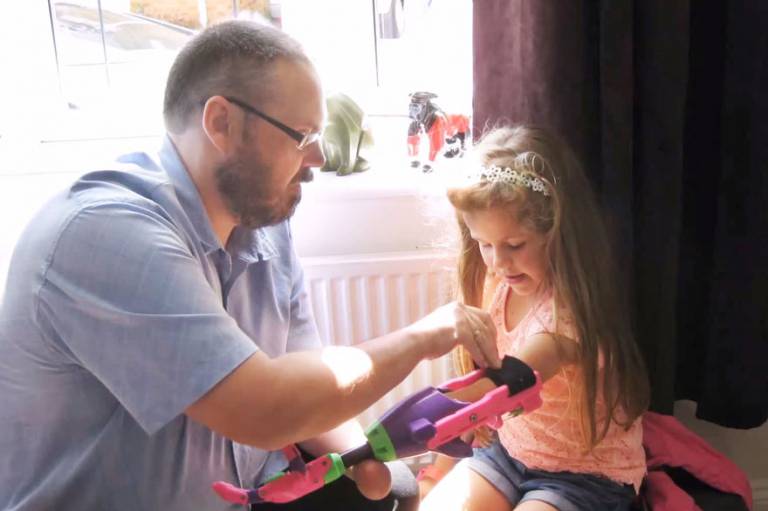 Losing a limb is a challenging experience. If you lose it later in life, you have to relearn how to do basic skills like using eating utensils or even walking. Thankfully there are prosthetic limbs that help people return normal mobility. However, adults aren’t the only ones that need prosthetic limbs. Kids need them too, and while your typical prosthetic may be fine for an adult, a kid that needs one probably wants something a little more exciting. Stephen Davies is an inventor who was born without a lower left arm. As a child, he had to wear a standard issue prosthetic and hasn’t forgotten the bad memories of having to wear it.

According to Daily Mail, he didn’t wear one for several years and then when he was 43 he started looking at prosthetics again. He was not impressed with the options and decided to do something about it. He turned his shed into a studio and began designing limbs for kids that he thought would make them feel good about themselves.

He learned that he could make much lighter limbs on a 3D printer, so he decided to give them a try. He created an organization called Team UnLimbited, and they created customized lower arm limbs for kids. The child gets to choose whatever design they want. Davies said they’ve made everything from Harry Potter to Lego designs. A little girl is pictured grinning with her new pink prosthetic.

The arms cost only around $35 to make and assemble, compared to upwards of $35,000 for fancy bionic arms. While the arms do cost money, Davies and his partner Drew Murray never charge the kids and their families. They instead raise the money for the cost. 3D printers require a place with specific room temperature, so Davies’ shed is insulated with solar-powered air-conditioning.

The first child to receive a prosthetic was nine-year-old Isabella Jennings. She is the little girl with the pink prosthetic mentioned above. Team UnLimbited used her as a guinea pig to see if the arm really worked well and fit her needs. She fell in love with the arm and loves wearing it. According to Daily Mail Isabella said her favorite part of her limb is the fact that with it she can read heavy books. Her friends thought it was pretty cool too which is a plus.

Davies wanted to create these limbs because it will help to build the confidence of kids born without limbs. They are often made fun of, and he wants to provide them with something that will make them feel strong. There’s no reason in our day and age to be limited by lack of a limb. Davies’ project allows kids to be able to do normal activities without being hindered. The fact that they are free is a huge plus as well. It allows families access to something that could otherwise be incredibly expensive and not allow them to live a normal life.

Watch The Amazing Gift Below! 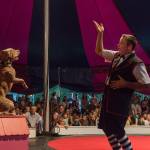 Forget Lions And Bears, This Circus Is Changing The Way... 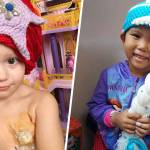